We have lost two incredible drum teachers recently, and two people who have been big influences in my career.

Jim Blackley wrote many books including Syncopated Rolls for the Modern Drummer. I was lucky enough to spend two days with him when I toured Canada about 15 years ago.

Bob Armstrong was my teacher for many years. He was the go to teacher the majority of Pro players for many years. When I first went to see him I’d been playing professionally for several years, I came away from my first lesson realising I didn’t know the first thing about technique. He opened my eyes to so much. When I saw him earlier this year we promised to get together for a cup of tea, unfortunately it was not to be.
There is a tribute to him on 17th September with many of his old pupils playing. Tickets from PMT Music Romford. 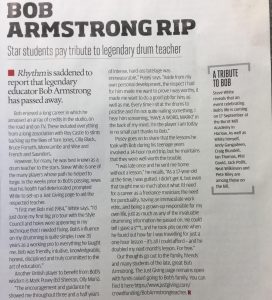 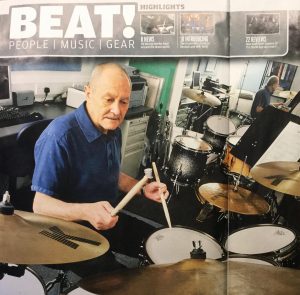